The Brothers of the Little Oratory in San Diego sang their 10th consecutive annual Tenebrae on Wednesday evening, 31 March, 2010. The congregation numbered between fifty and seventy-five persons, with an additional twenty-five making up the La Jolla Renaissance Singers who generously contributed polyphony. Additionally, there were fifteen persons making up the liturgical choir and servers, bring the total attendance to over one hundred. The service lasted two and one-half hours. Video will be forthcoming, but for now enjoy these striking images of Tenebrae 2010. Special thanks to Fr. William Dillard and the staff of St. John the Evangelist Church, Normal Heights. Special thanks also to Richard Truman Peterson, Mike Gruta and Christopher Gomez, who assisted in the sanctuary, and of course to Fr. Harry Neely, OSA, who served as Hebdomadary during the lengthy service. Gratias vobis, fratres et sorores. 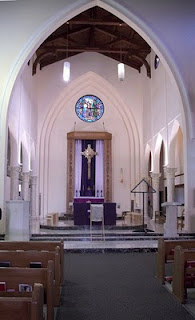 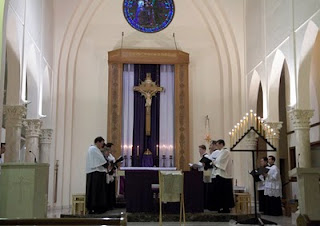 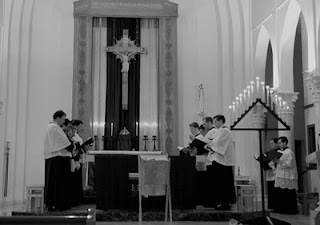 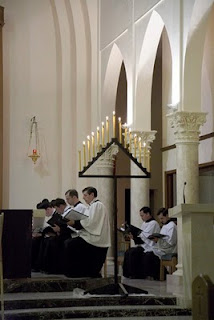 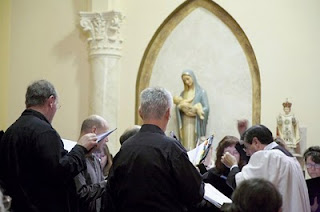 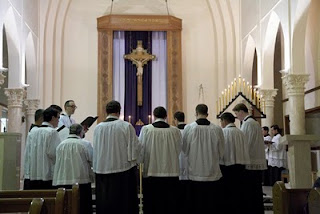 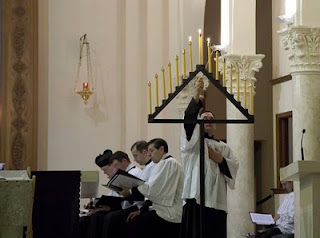