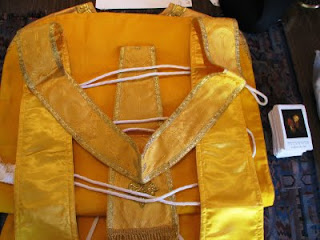 Gold vestments and occassional Holy Cards are made ready. 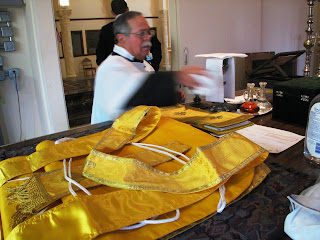 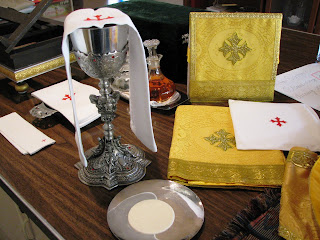 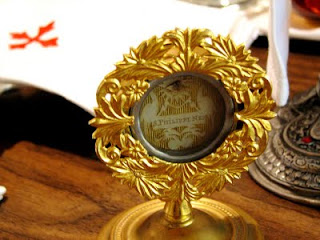 Relic of Our Holy Father, St-Philip Neri, Confessor and Founder of the Congregation of the Oratory. 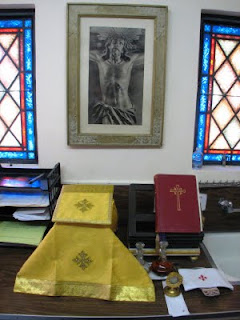 Inside the sacristy of St-John the Evangelist Church, University Heights, San Diego. 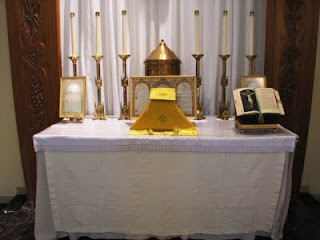 At the High Altar, before mass. 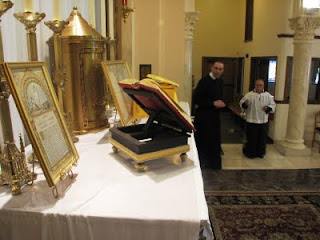 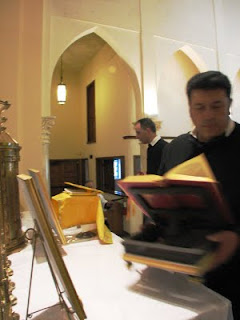 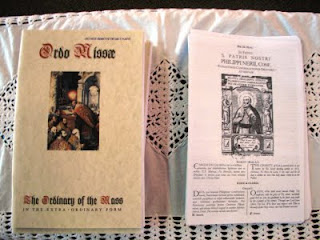 Translation literature for the Ordinary and Propers of the Mass. 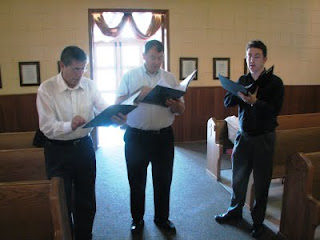 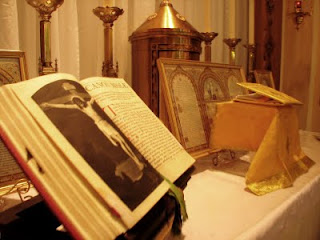 The High Altar of St-John the Evangelist Church. 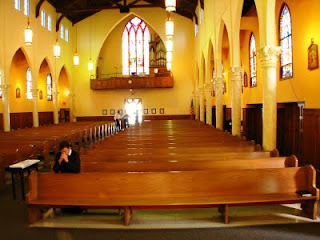 Frater Tom-G in prayer before mass. 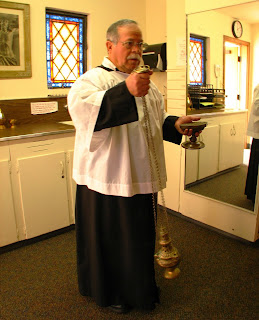 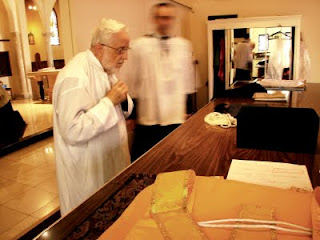 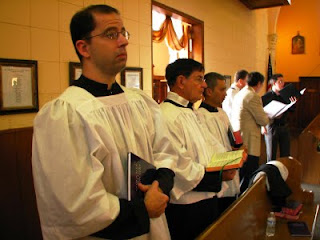 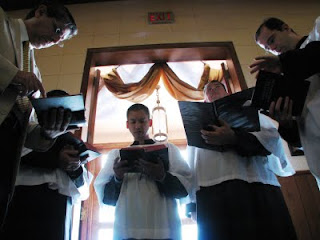 The Brothers chant the Mass Propers. 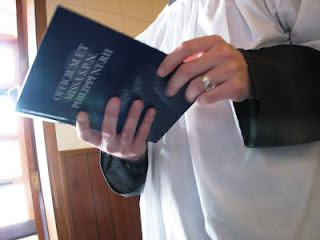 Chanting from the Oratorian Graduale. 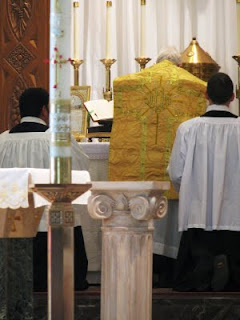 During the Canon of the Mass. 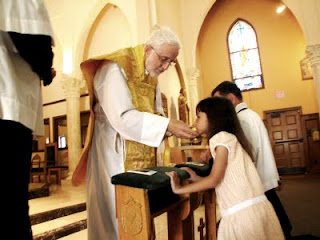 After the Final Blessing, a young girl venerates of the Relic of St. Philip Neri. 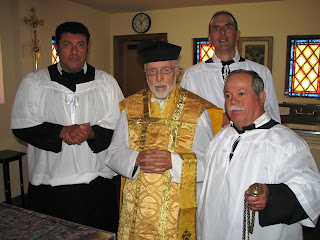 Celebrant and Acolytes pose after Mass. 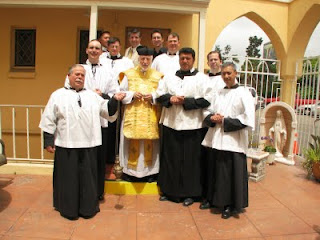 The Brothers with their Chaplain emeritus after Mass. 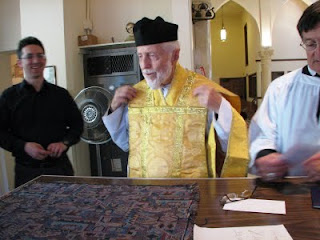 Now that Mass and photos are completed, Fr. Neely can finally unvest.
Posted by Vaticanguard at 19:20