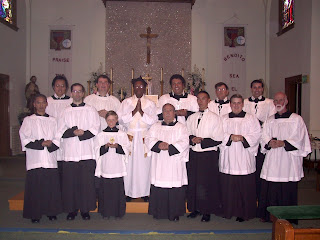 Here are a few more views of the activities post-missam. The Brothers of the Little Oratory can be distinguished by their white collars, which are in fact based on the traditional Roman Collar, as seen in the picture of St. Philip at the top of our blog. Dr. Roberto Lionello, also one of the brothers, had already left for the airport by the time we took the group photo. Those not wearing collars are postulants to the secular brotherhood. 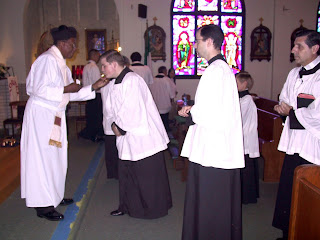 Fr. Defour then offered our first class relic of St. Philip for veneration. This relic was saved from the internet by Octavio Dulay some five years ago, during the period when Chorus Breviarii was the only extant group. The Brothers of the Little Oratory had yet to be formally organized, but St. Philip Neri had been taken as our patron Saint from the very beginnings of our group in 2001. 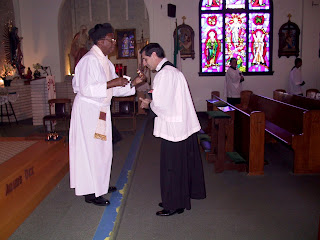